Residents of the island have been lighthouse keepers and other related staff. Viirelaid is a well-known landmark to sailors, showing those coming from the south the way to the Väinameri via the Viire Kurk Strait. When entering Viire Kurk Strait, located between the Islet of Viirelaid and Virtsu Peninsula, it was a tradition in the old days to recite the Lord’s Prayer.

According to the latest information, the first desperately needed navigation marker (bright red tower) first stood on Paternoster islet in 1836. A new wooden tower was built in 1857.Since the wooden tower required frequent repair, it was decided to build a new metal tower.In 1880 construction began on the tower, the watchman’s house, and thesauna and fuel storage. The complex was completed in 1881.The 10.5 metre high tower made from boilerplate was comprised of two cylinders, in between which a spiral staircase was installed, which also served to reinforce the structure.The Viirelaid lighthouse is the oldest known metal lighthouse in Estonia.

After World War II, support strips and cast iron braces were removed from the heavily damaged tower, and the tower was encased in a 10-12 cm thick concrete shell.The lighthouse was renovated in 2002.Today, the lighthouse at Viirelaid is a cylindrical metal tower with a red lantern room and balcony.

Since the beginning, the lighthouse has had revolving intermittent lights.This was made possible by the use of a corresponding rotating mechanism equipped with a screen, which operated on the principle of clockwork mechanism: the weight attached to the indicator was wound onto a shaft, which put the entire system to work as it sank down.The rotating screen on the lantern was operated by heavy weights.As the lighthouse is relatively low, the internal cylinder portion of the lighthouse was extended to a depth of two metres into the stone foundation, in order to provide the weights with a longer path to fall.The described mechanism in the tower has survived in part to this day.

The required light in the lighthouse was provided by a Moris-type petroleum lamp with two wicks, staring in 1898.Today, electricity is provided to the tower from two solar batteries.

There are actually sheeps on the island. They don’t mind you at all. 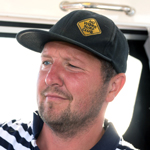 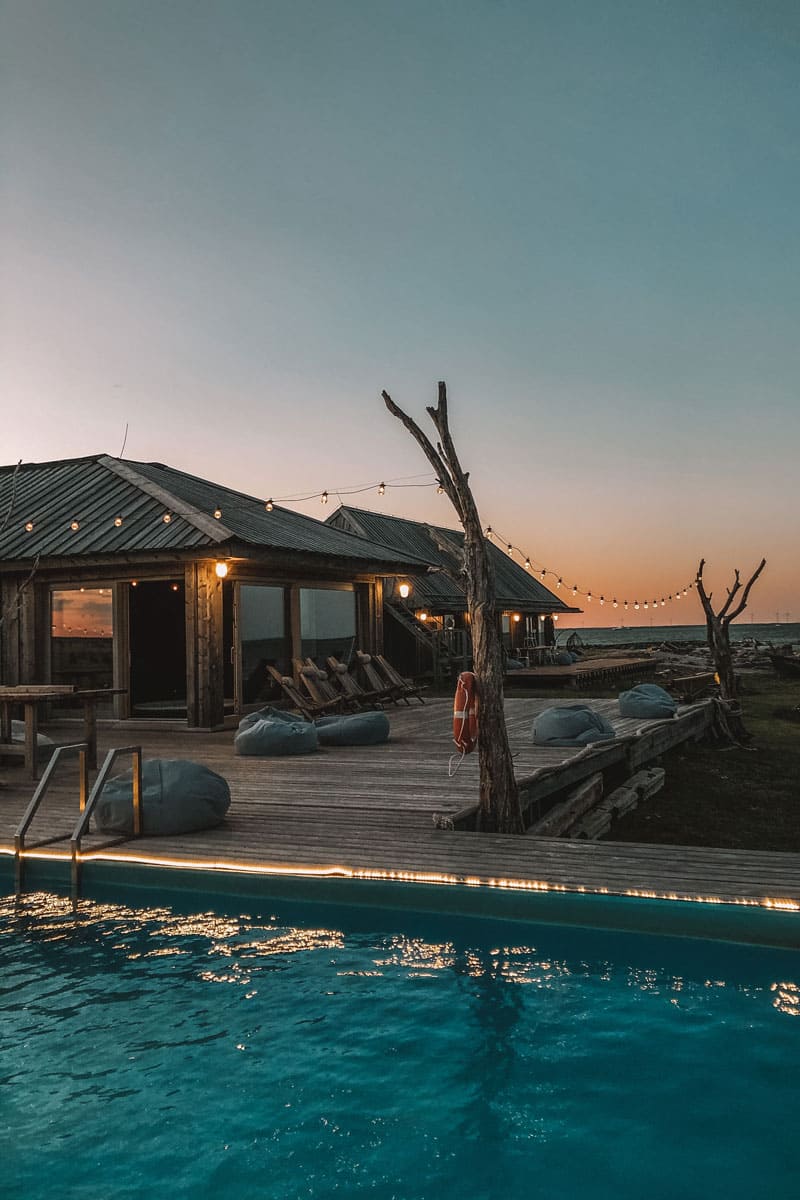 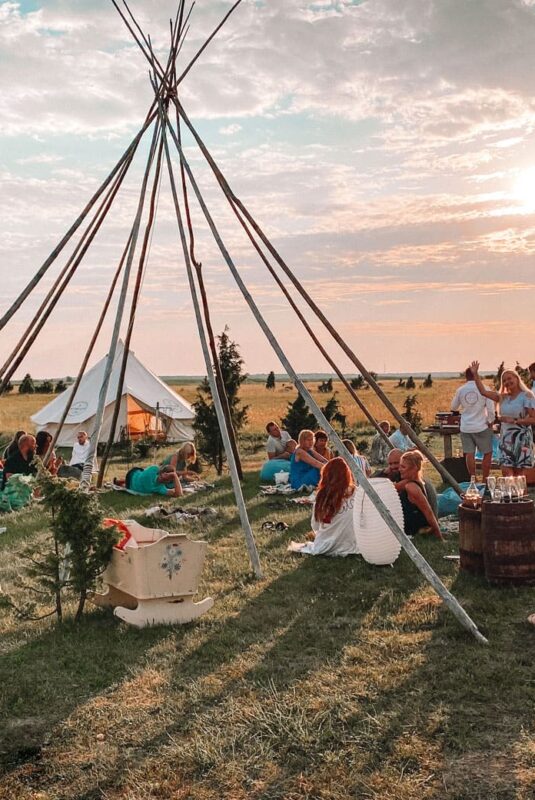 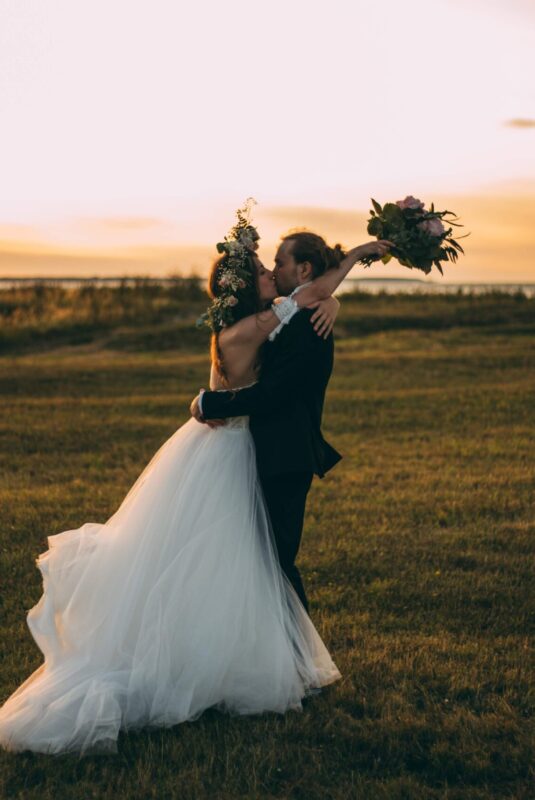 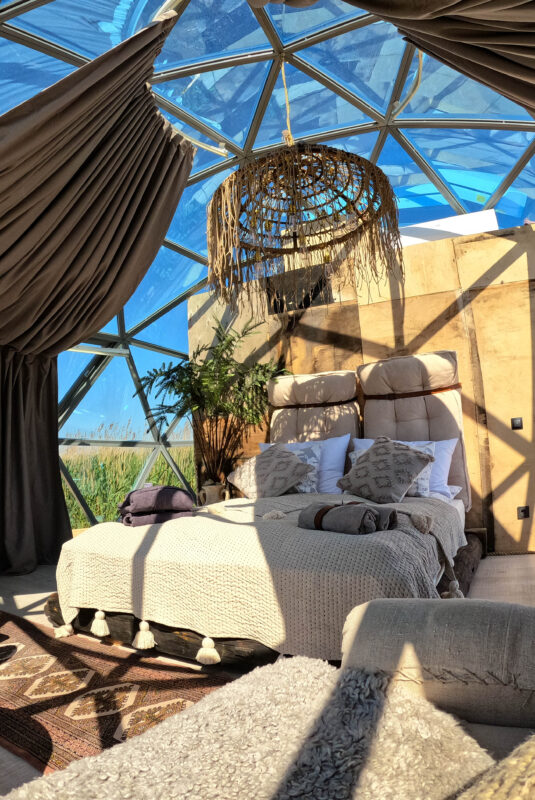 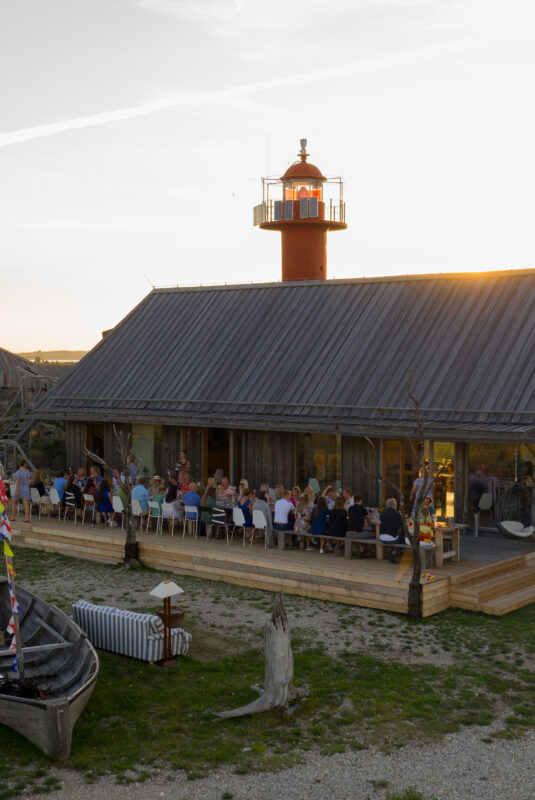 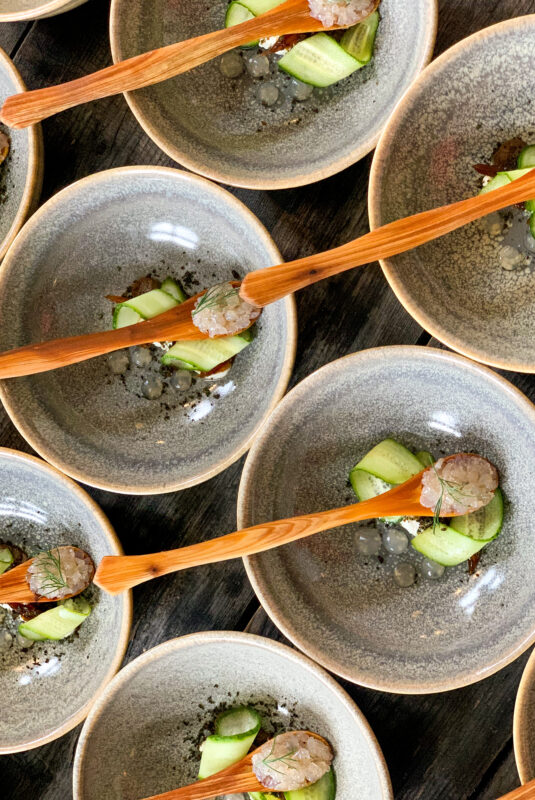 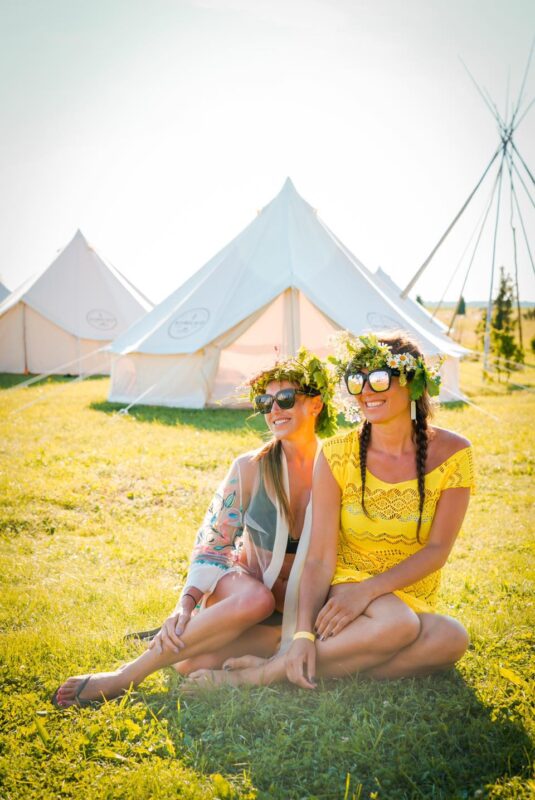